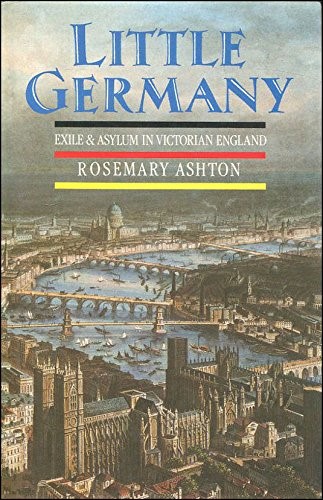 Prof. Ashton’s talk will sketch the London of the mid-nineteenth century, when Karl Marx, having arrived in August 1849 at the age of thirty-one with his pregnant wife Jenny, their three small children, and their loyal servant Helene Demuth, settled at No. 28 Dean Street in Soho. This was the area of London where the largest number of foreign political exiles were to be found in the years immediately after the failed revolution of 1848 across Europe. French, Italian, Polish, Hungarian, Russian, Austrian, and German émigrés were crowded into cheap lodging houses in the area surrounding Leicester Square. Prof. Ashton will discuss Marx’s family life in these early days of exile in London, his fractious relations with his fellow political exiles, the friendships he made with British radicals, the important studies he pursued in the famous Round Reading Room of the British Museum, leading to the publication of Capital, and his opinion of his new homeland, where he would remain until his death in 1883.

Professor Rosemary Ashton OBE, FRSL, FRSA, FBA, is Emeritus Quain Professor of English Language and Literature at University College London. She was educated in English and German studies at the Universities of Aberdeen, Heidelberg, and Cambridge. Her published works include critical biographies of the Romantic poet Samuel Taylor Coleridge (1996) and the Victorian novelist George Eliot (1996). She has written two books on Anglo-German literary and cultural relations in the 19th century: The German Idea: Four English Writers and the Reception of German Thought 1800-1860 (1980) and Little Germany: Exile and Asylum in Victorian England (1986). More recently she has published studies of Victorian London: 142 Strand: A Radical Address in Victorian London (2006), Victorian Bloomsbury (2012), and One Hot Summer: Dickens, Darwin, Disraeli and the Great Stink of 1858 (2017).