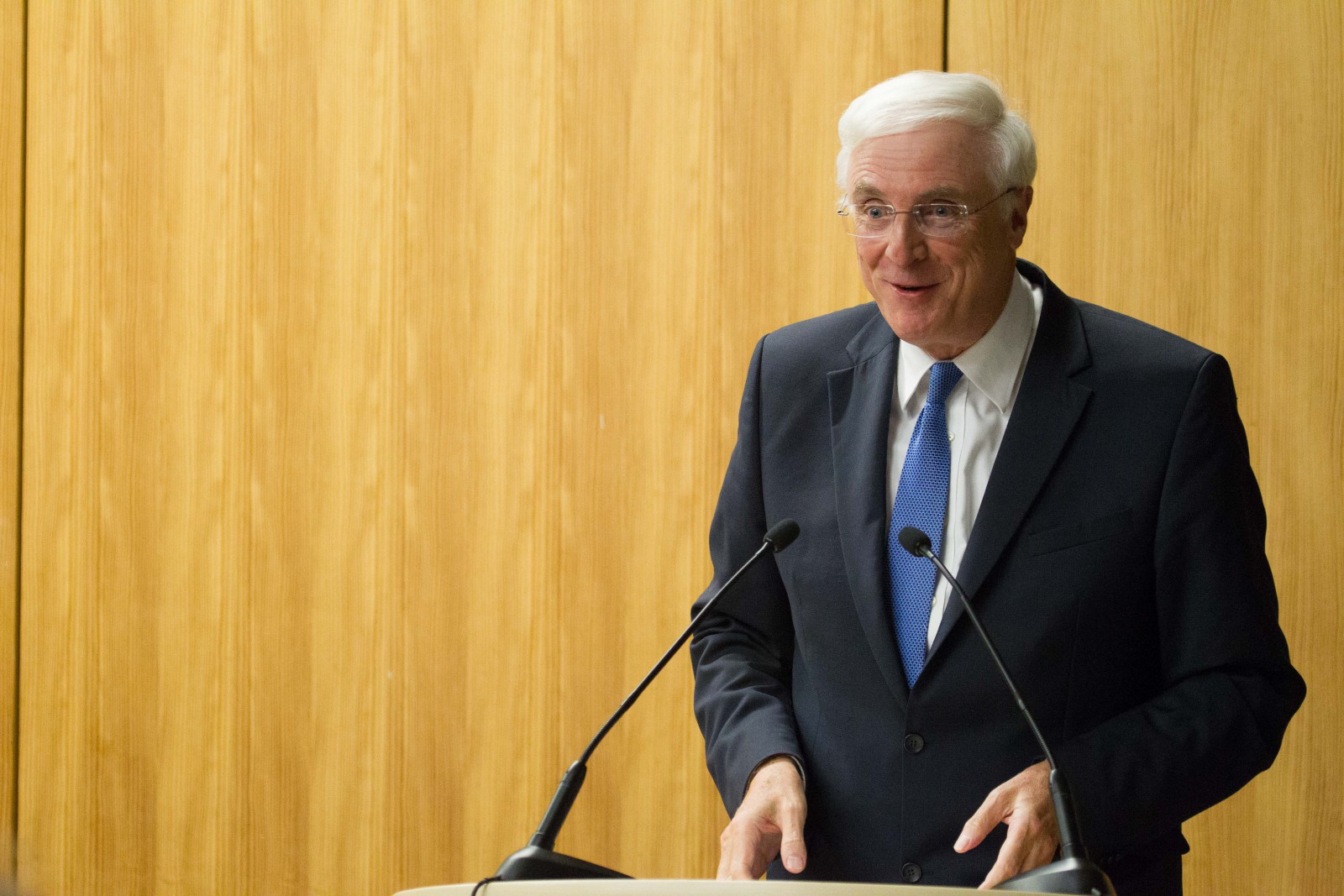 The Northrhine-Westfalia government representation in Berlin hosted a lecture session with the Irish Ambassador to Germany, Mr. Michael Collins, on 24th October, 2017. The event was organized by the German British Society (Deutsch-Britische Gesellschaft – DBG) within the framework of its Berlin lecture programme, and its special focus on Brexit. After being welcomed by State Secretary Mark Speich, and by Vice Chairman Rupert Graf Strachwitz on behalf of the DBG, the Ambassador introduced the subject, highlighting some points of particular importance.

Mr. Collins, who had been personally involved in drawing up the agreements on which the delicate balance between the Republic of Ireland and the United Kingdom and between the diverse groups within Northern Ireland rested, reminded the audience of the forthcoming changes and described in detail, what these would entail for ireland. He made it very clear that

a) in 2016, relations between the UK and Ireland were as good as they had never been before in history;
b) the balance was threatened by the decision in the UK to leave the EU;
c) Ireland was determined to remain a loyal and integrated member of the EU;
d) open borders with the Republic and Northern Ireland that had existed long before both countries joined the EU, were of vital importance and that Ireland would never agree to change this, and would not compromise on this point in order to perhaps gain a better trade agreement for the future;
e) Ireland depended on the UK in organizing its EU membership and would be severely affected by the loss of this partner in the EU.

The Ambassador’s remarks were followed by an extensive Q&A-period. Answering one of the many questions, Mr. Collins unequivocally assured the audience of the ongoing solidarity of Ireland’s 26 remaining EU partners. The Ambassador also pointed out that a number of details to do with the future relationship between Ireland and the UK and between the Republic of Ireland has yet to be worked out. I.a. the legal and political implications for the process of implementing the Good Friday and St. Andrews Agreements are as yet unclear. The fact that the UK government had not so far “shown its hand”, and that Northern Ireland did not have a functioning government, were of course not helpful.

The Ambassador’s views, which were on the record, were well received by the audience, which comprised approx. 60 members, regular guests, and people with a specific interest in this subject.