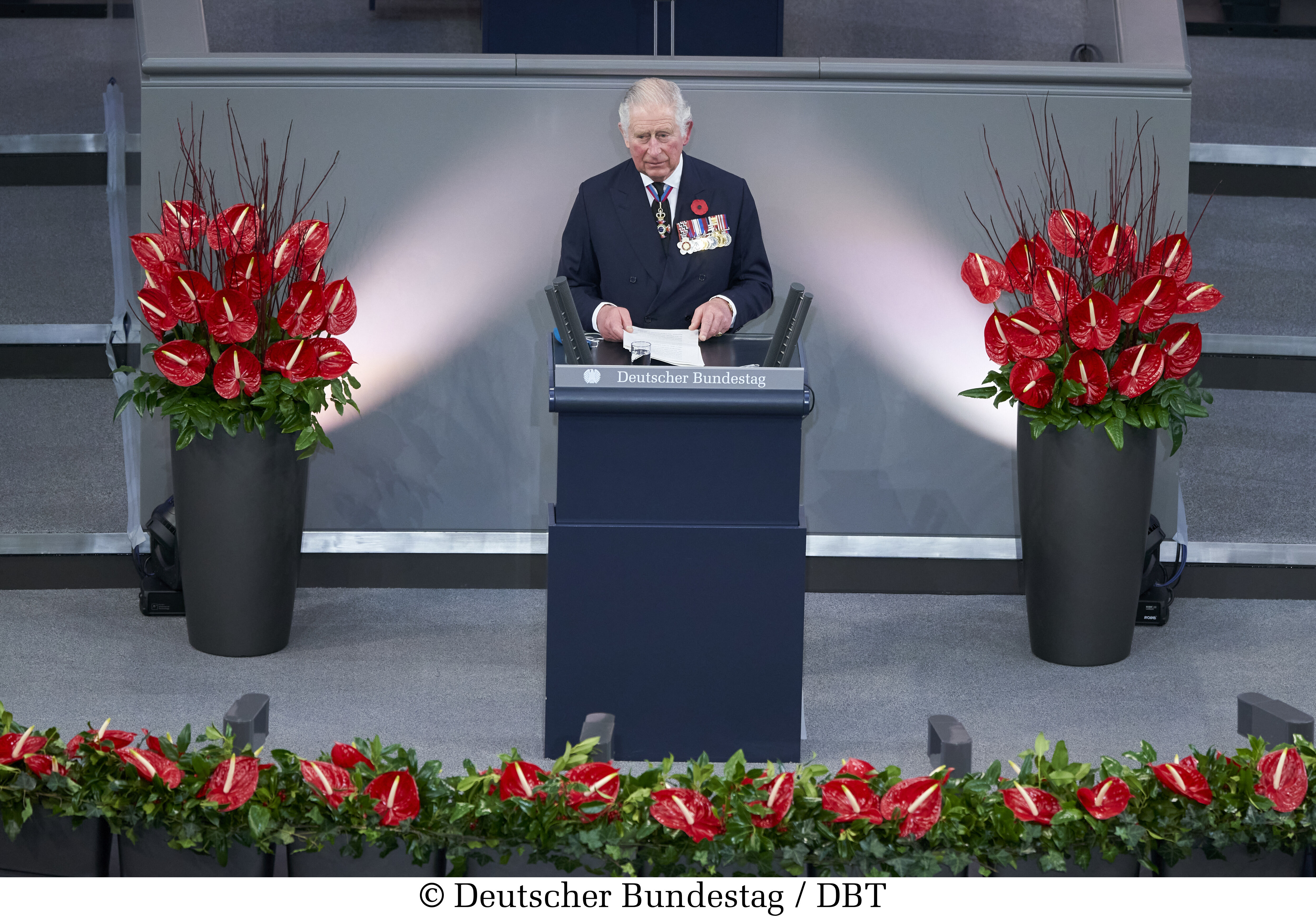 A speech by HRH The Prince of Wales at the Central Remembrance Ceremony at the German parliament marking the country’s National Day of Mourning for victims of war.

You can read the German version of the speech here.

You can watch a video of the speech (in German) here.