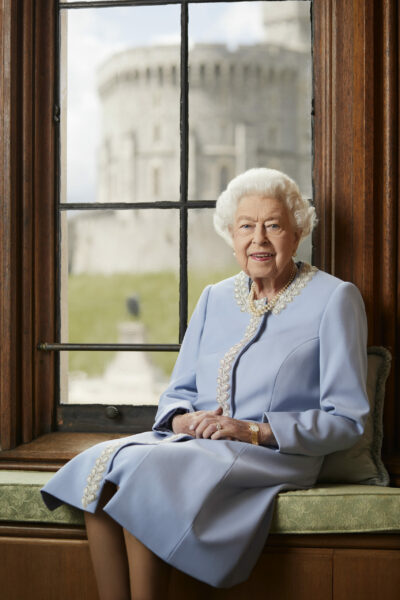 Official portrait of Her Majesty Queen Elizabeth II on the occasion of the Platinum Jubilee. Photographer: Ranald Mackechnie

The Deutsch-Britische Gesellschaft Berlin e.V. sends HM Queen Elizabeth II its warmest congratulations for her „Platinum Jubilee“. Queen Elizabeth II is the first monarch in the history of the United Kingdom to reach the 70th anniversary of accession to the throne.

Thomas Kielinger, who gave a Zoom Talk for the DBG in February 2022 about the Jubilee, has published an article today in Die Welt: : „Das Paradoxon der Monarchie“. You can read the article in German here.

A recording of the Zoom Talk with Mr Kielinger, where he also discusses his biography of Queen Elizabeth II., is available here.

The United Kingdom is marking the Platinum Jubilee with a series of celebrations from the 2nd to the 5th of June 2022. One of the main events is the renowned “Trooping the Colour”, which takes place on 2nd of June and is broadcasted on live television. The official timetable for the Jubilee Central Weekend can be found here.