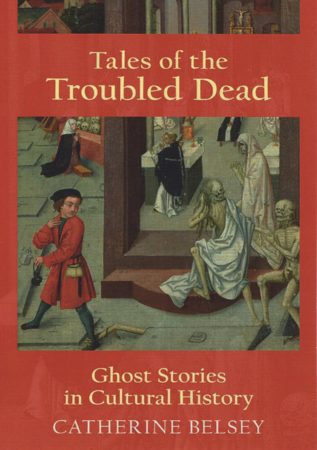 From the earliest surviving epics to the winner of the Man Booker Prize in 2017, as well as in film and on television, ghost stories maintain their popular appeal. But these tales have their own history and the troubled dead take different forms at different epochs. The relationship between ghosts and orthodoxy also varies. At some times evidence for the existence of God, at others condemned as superstition, phantom presences have lived on regardless, to provide material for stories told by the fireside on long winter evenings. Whether reported by witnesses or explicitly fictitious, these narratives have defied a long tradition of scepticism. What can ghost stories reveal about the cultures that produce them? And why, in the age of science, have we still not quite laid the genre to rest?

Catherine Belsey is Emeritus Professor of English at Swansea University and Visiting Professor at the University of Derby. She has consistently taken an interest in innovations in the study of culture and the practice of writing. Known as a purveyor of theory in Critical Practice, Poststructuralism and Criticism, she has also published Shakespeare and the Loss of Eden and Why Shakespeare? Following on from Desire: Love Stories in Western Culture, her new book Tales of the Troubled Dead: Ghost Stories in Cultural History calls in question the distinction between literature and popular culture. Catherine Belsey is a Fellow of the English Association and a Fellow of the Learned Society of Wales.