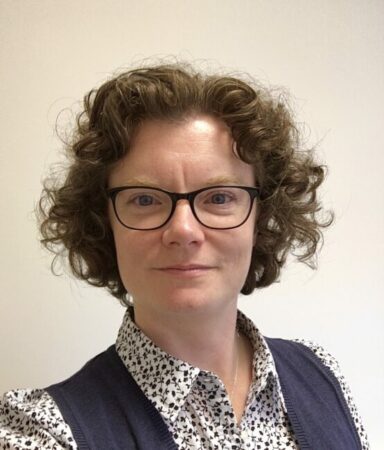 During and after the Second World War, Sir Hugh Carleton Greene, later to become Director-General of the BBC, was one of the most influential figures in German-language broadcasting, first as Head of the BBC German Service, and then as Chief Controller for Broadcasting for the British zone of occupation. Drawing on original material from the BBC Written Archives Centre and the National Archives, as well as different accounts of Greene’s life, Emily Oliver will talk about how a man with no previous radio experience came to shape not only the BBC’s German output during the war, but also the German post-war broadcasting landscape by creating the NWDR (now the NDR) as a ‘BBC for Germany’. She will look at Greene’s resistance to authority figures attempting to limit his service’s independence, his willingness to shield his employees from outside interference, and his keen sense of what would attract and retain listeners.

To celebrate the 100th Birthday of the British Broadcasting Corporation, you are invited to a lecture and discussion on „A BBC for Germany: Hugh Greene in War and Occupation“ with Dr Emily Oliver.
The event will be chaired by Rupert Graf Strachwitz, Vice-Chairman of the Deutsch-Britische Gesellschaft.

Please join the event by using this link: (No prior registration required!) https://us06web.zoom.us/j/89772952859?pwd=VnhWMG1zWjhaWCtvSzk4cEdlbXpFQT09

Emily Oliver teaches German and French at Magdalen College School, Oxford. Her research focuses on Anglo-German cultural relations and media in the twentieth century. After gaining a PhD at the University of Birmingham, she worked as postdoctoral research associate at King’s College London on the European Research Council project ‘Beyond Enemy Lines: Literature and Film in the British and American Zones of Occupied Germany’. In 2016, she was awarded a Leverhulme Early Career Fellowship to pursue her research project ‘Broadcasting Nations: A History of the BBC German Service (1938-1999)’ at the University of Warwick, before assuming the position of Senior Instructor in German at the University of Oxford in 2019. Emily’s work on the BBC German Service has been featured on BBC Radio 4 (‘Beating Hitler with Humour’), the BBC World Service (‘Comrade Africa: How Communist East Germany Tried to Influence Africa via Radio during the Cold War’), and in a TV documentary on BBC 4 and ARD (‘London Calling: Cold War Letters / Briefe aus dem Kalten Krieg’). Her first book, Shakespeare and German Reunification: The Interface of Politics and Performance, was published in 2017.