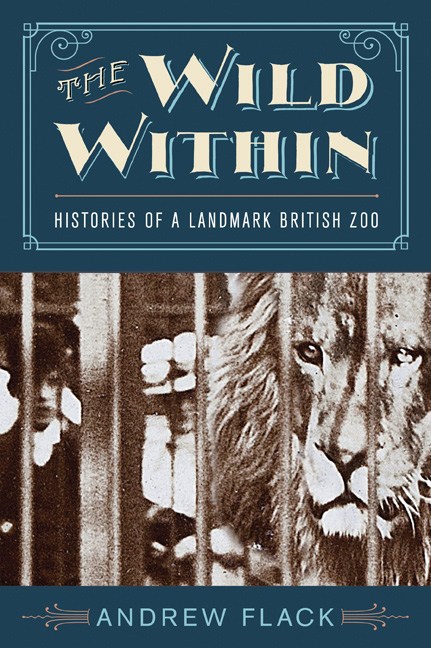 Since their inception in their modern form towards the end of the eighteenth century, zoological gardens have undergone enormous change. Across the period, Britain’s zoos have often been at the heart of the story of global zoos more broadly.
This lecture will explore the histories of two of Britain’s foremost zoological gardens between their inception as enlightened spaces of science, spectacle and “rational recreation”, and their more recent attempts to transform into sanctuaries for the imperiled wild. London Zoo, established in 1828, was an emblem of imperium at the heart of the metropolis and hosted a vast array of exotic beings – human and more-than-human – across its life. Soon after London Zoo opened its gates, a swathe of smaller zoos opened across the British Isles. Few of them lasted, many succumbed to intense financial pressures. Bristol Zoo, however, endured against the odds and is now the oldest surviving provincial zoo anywhere in the world. Opened in 1836, it has often been at the vanguard of innovation in the zoo world.
By focusing on these two connected but rather distinct zoological gardens, this lecture will dismantle much of what you think you know about zoos. It will critique the notion that zoos have forever been on some kind of perpetual pathway of improvement. Instead, this lecture will reveal the British zoo to have been a chaotic space riddled with internal contradictions. Simultaneously urban and rural, wild and domestic, exclusive and inclusive, the zoo has always been, in fact, a complex and compelling window into a much wider world.

Dr. Andrew Flack teaches modern history at the University of Bristol, having earned his doctorate from the same institution in 2014. His first book – “The Wild Within: histories of a landmark British zoo” – is a deep examination of the history of human encounters with animals at Bristol Zoo, and will be published by University of Virginia Press in early 2018. He has also published in Anthrozoös, Environment and History and in Journal of Historical Geography as well as in various edited collections. He has forthcoming publications in Society and Animals and Journal of Contemporary European History. He has worked with creative industry partners to experiment with new technologies and new ways of communicating the past, he has collaborated with museums in the UK and the USA, and he has worked with the BBC across their film, print and online platforms.