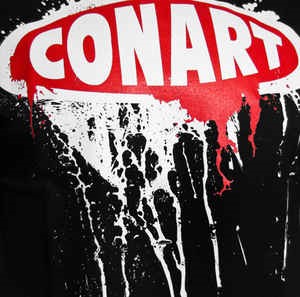 Julian Spalding wrote „The Eclipse of Art“ in 2003 and then coined the term ‘Con Art’ to describe Conceptual art which he thinks isn’t art at all. The whole idea of Con Art springs from Duchamp’s Urinal, which he exhibited as a work of art claiming that anything can be art if an artist says it is. Julian Spalding talks now about what has happened since, above all the discovery that Duchamp didn’t ‘do’ the Urinal but stole it from the remarkable German poet/artist, Baroness Elsa von Freytag-Loringhoven and, most important, robbed it of its original poetic, radical feminist meaning. The art world remains in denial of the truth that Con Art is founded on a con. He ends his talk by showing the work of a little known, genuine artist, the German painter Peter Angermann, who he believes has created some of the most telling images of our time.
Julian Spalding, the former director of art galleries and museums for the cities of Sheffield, Manchester and Glasgow, established the Ruskin Gallery, the St Mungo Museum of Religious Art and Life and Glasgow’s Gallery of Modern Art. In 2000, as Master of the John Ruskin’s Guild of St George, he initiated the nationwide, now international Campaign for Drawing. His books include The Poetic Museum – Reviving Historic Collections, The Eclipse of Art- Tackling the Crisis in Art Today, The Art of Wonder (which won the Banister Fletcher Award for the best art book of 2006), The Best Art You’ve Never Seen, Con Art – Why You Should Sell Your Damien Hirsts While You Can, Realisation – from Seeing to Understanding and, with Raymond Tallis, Summers of Discontent – The Purpose of the Arts Today. He contributes to various journals and has appeared fairly frequently on radio and TV.