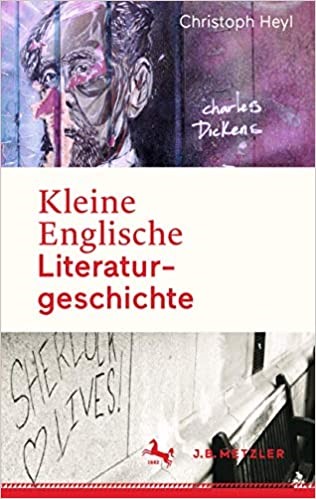 *Please register till January 19 to dbg-rheinmain@t-online.de. By January 20 the registered participants will have received the login details.

Christoph Heyl´s Kleine Englische Literaturgeschichte invites you to embark on a voyage of discovery. It is about the pleasure of reading extraordinary texts written under extraordinary conditions. From the seventeenth century onwards, authors in the British Isles were in a position to write about things that did not exist elsewhere (such as political upheavals, the Industrial Revolution, and the biggest city of the world had ever known). They were free to do so as there was no censorship.
The literature of the British Isles is full of surprises: An eccentric Englishman who took a walk to India in the early seventeenth century, a rebellious eighteenth-century kitchen-maid, an ex-slave living and writing in London as a free Briton, a refugee from Nazi Germany who came to be a prominent author of books for children. English literature is, by the way, also populated by weird and wonderful animals. You may at any time encounter a spider found in an Anglo-Saxon magic spell, an eroticised flea, flying cows in space, or perhaps a Tyger, a Tigger and a Snark.
Literary texts do not materialize out of thin air. They emerge from a cultural context, and therefore this book is not only about English literature but also about the world it comes from. This history of English literature provides eye-openers: How is English humour still influenced by the Norman invasion of 1066, why do we need to know about English law to understand the plots found in the novels of Jane Austen (and in Downton Abbey), why does Edinburgh have the only railway station in the world to be named after a novel, and how does this novel continue to influence our ideas of Scotland?
This book was written under the looming shadow of Brexit. It highlights cultural and literary connections with the Continent, showing how and why the literature of the British Isles has never been insular.
For further information, see https://www.metzlerverlag.de/