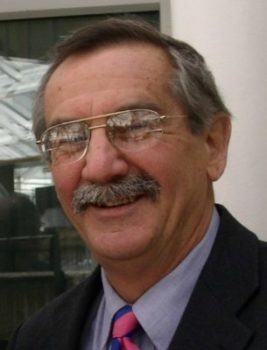 While in the Foreign Office in London between 1993 and 1997, Roger headed the British team of analysts and weapons experts looking for and destroying Iraqi WMD after the First Gulf War. He was responsible for all British personnel taking part in UN inspections.

“In a cat-and-mouse game with Saddam, we took away, incinerated, blew up and destroyed anything connected to WMD that we could find. As time went by, Saddam’s ambition became clearer and made our hair stand on end. Did we find it all?” That is what Roger will be talking about.

Roger Thomas spent four years studying at the School of Oriental and African Studies (SOAS) of London University where he obtained an Honours Degree in Turkish. He joined the British diplomatic service in 1968 and served in Cairo, Brussels (the British Mission to the EC), Ankara, Frankfurt, Stuttgart, Baku (as Ambassador to Azerbaijan) and in San Francisco as Consul-General. In between some of these postings were periods in the Foreign Office in London. He was honoured with the CMG by Queen Elisabeth at a ceremony in Buckingham Palace in 2000.